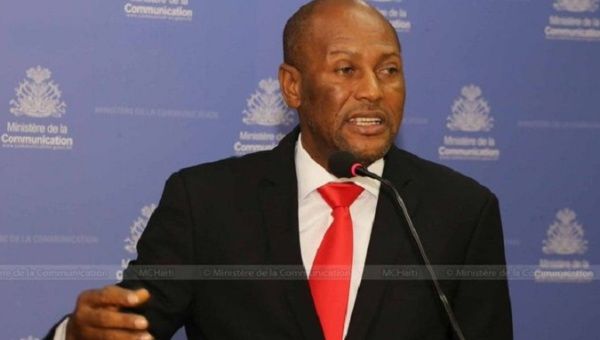 PORT-AU-PRINCE, Aug 9 (NNN-TELESUR) — Ex-senator Yvon Buissereth was burned alive by members of an armed gang led by Ti Makak on Saturday night in the capital Port-au-Prince, a prosecutor said.

Port-au-Prince prosecutor Me Jacques Lafontant went to the scene of the crime, where he confirmed that Buissereth, who was the director of the Public Company for the Promotion of Social Housing (EPPLS), had been killed.

“I strongly and unreservedly condemn the barbaric act perpetrated by armed gangs in Laboule against the EPPLS Director Yvon Buissereth,” Prime Minister Ariel Henry said in his tweets.

“Even the last of the criminals who sow mourning in the country will be prosecuted and will answer for their ignominious acts in court,” he stressed and asked the Police “to multiply their efforts tenfold to continue persecuting bandits of all kinds who are bloodying our society”.

The tweet reads, “Members of the armed gang led by Ti Makak burned ex-senator Yvon Buissereth alive on Saturday night in Laboule 12, in upper Port-au-Prince, in the same place where two journalists were murdered in January.”

“Yvon Buissereth died Saturday. The head of the Ti makak gang killed him and burned him. This is one more disgusting act that continues to make us cry… This situation must not continue like this,” said Senate President Joseph Lambert.

In January, journalists John Wesley Amady and Wilguens Louissaint were also executed by armed gangs in Laboule 12 while they were reporting in that area.

For years, Port-au-Prince has become the scene of battle between dozens of armed groups that are vying for control of urban territories. So far, the Haitian authorities have been unable to halt extreme violence in the capital city of this Caribbean country. — NNN-TELESUR