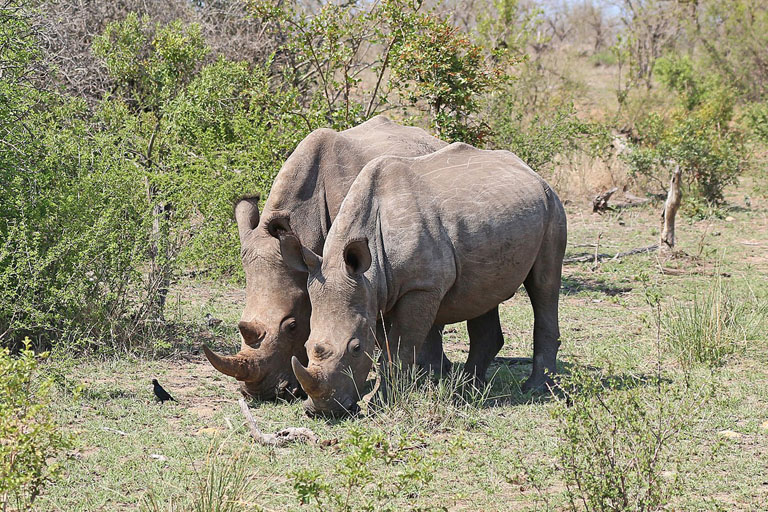 Rangers flying over the park grounds spotted a carcass and an injured rhino on Friday morning after being alerted by a tourist who reported hearing gunshots, South African National Parks said in a statement.

Two more dead rhinos were soon found in area, triggering the deployment of another helicopter, more rangers and dogs.

“The hounds indicated a specific area where three suspects were found and arrested,” the statement said.

The park, which borders Mozambique, is a tourist magnet.

The suspects, described as Mozambican nationals who were in the country illegally, carried a high-calibre hunting rifle, ammunition and horns from three rhinos.

The Kruger’s rhino population has fallen dramatically due to poaching. The park’s estimated tally in 2021 was 3,529 white and 268 black rhinos, down more than half compared to 2013, according to the nonprofit Save the Rhino
International.

South Africa is home to nearly 80 percent of the world’s rhinos.

But it is also a hotspot for rhino poaching, driven by demand from Asia, where the horn is used in traditional medicine for its reputed therapeutic effect. — NNN-AGENCIES