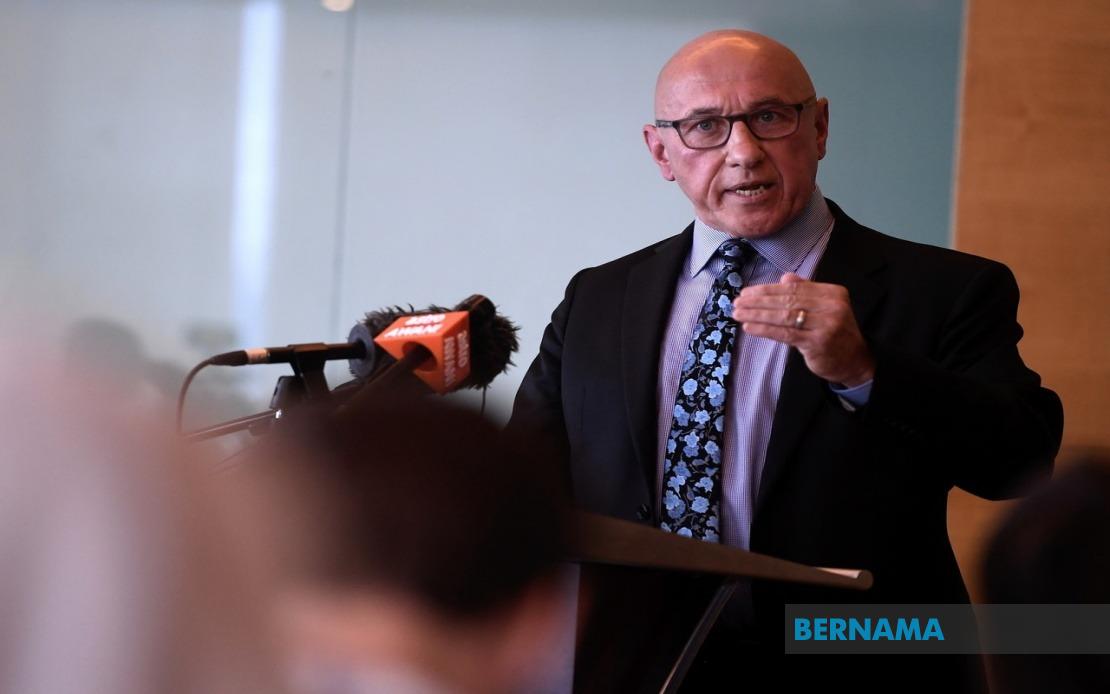 KUALA LUMPUR, June 23 (NNN-Bernama) — United Nations (UN) Special Rapporteur on the situation of human rights in Myanmar, Thomas Andrews, has expressed his appreciation for Malaysia’s increasing leadership on the crisis in Myanmar.

Speaking at a press conference in conjunction with his visit to Malaysia, here Thursday, he also urged other Southeast Asian states to adopt a similar approach to address the human rights catastrophe in Myanmar.

He noted that Malaysia has given voice to the obvious fact that more than one year after ASEAN leaders reached the Five Point Consensus (5PCs) on Myanmar, nothing has been moved and more people are being killed or forced to flee the country.

Andrews stressed that too much was at stake for Myanmar and its people to accept complacency and inaction by the international community, saying that was why the leadership being exhibited by Malaysia is so important.

“Foreign Minister Saifuddin (Abdullah) has implored his ASEAN colleagues to not wait for another year of inaction – to not just talk about the five-point consensus but create and engage in an action plan to move forward – an action plan with a time-frame for implementation.

Andrews who as a former member of the United States Congress is on a mission here from June 17 to 23 to gather information on the situation of human rights in Myanmar and to better understand both the Malaysian and ASEAN responses to the crisis.

Throughout the week, he had met with a number of Malaysian government officials, members of parliament, civil society leaders and individuals from diverse Myanmar communities who have fled the military’s violence and persecution.

Malaysia is the first country he visited in ASEAN.

Sharing his preliminary observations, Andrews said his mission here provided him with a unique opportunity to sit face to face with dozens of men, women and children who fled the horrors that have engulfed many areas of Myanmar, including those who have recently arrived in Malaysia.

“They provided me with firsthand accounts of what they witnessed or directly experienced. These stories, without exception, emphasised the terror that is raging across the country,” he said.

Andrews pointed out that since the Feb 2021 military coup, more than 2,000 civilians have been killed, over 14,000 arrested, and more than one million were internally displaced or have fled the country.

The crisis also plunged Myanmar into an economic and humanitarian crisis that threatens the lives and wellbeing of millions.

Citing his recently published report on children being impacted by the Junta military coup, he said armed groups have killed or injured at least 382 children, while more than 1,400 were detained and at least 142 have been tortured.

“The situation in Myanmar is a human rights catastrophe. People who are fleeing Myanmar are desperately seeking to escape attacks, persecution and torture. They are desperate to save their lives and those of their families,” he added.

He emphasised that it is impossible to address issues related to those seeking refuge in Malaysia and other nations in the region without directly and effectively addressing the crisis inside Myanmar.

“Malaysia not only recognises this fact, it has been willing, through the words and actions of Foreign Minister Saifuddin, to challenge ASEAN to re-examine their current policy on Myanmar,” he said.

Meanwhile, Malaysia’s Foreign Ministry in a statement today said Andrews’s visit reflects the country’s serious commitment to finding a peaceful and lasting solution to the crisis in Myanmar including the crisis in Rakhine, which has led to one of the biggest refugee situations in the region in recent years.

It said while in Malaysia, the Special Rapporteur had the opportunity to engage with the Foreign Minister, officials from the Foreign Ministry and Women, Family and Community Development Ministry, the Parliamentary Select Committee on International Affairs and Parliamentary Select Committee on Women, Children Affairs and Social Development, National Human Rights Commission of Malaysia (SUHAKAM), as well as civil society and community-based organisations.

He also held a roundtable discussion at the Institute of Diplomacy and Foreign Relations (IDFR) on “Human Rights in Myanmar: Perspectives and Realities” and addressed the “High-level Roundtable on Refugee Education: Moving the Agenda Forward” in commemoration of World Refugee Day, organised by the All-Party Parliamentary Group Malaysia (APPGM) and International Islamic University of Malaysia (IIUM).

The Ministry said the UN expert will be presenting an oral report of his visit to Malaysia during the 50th Session of Human Rights Council in Geneva on June 29.