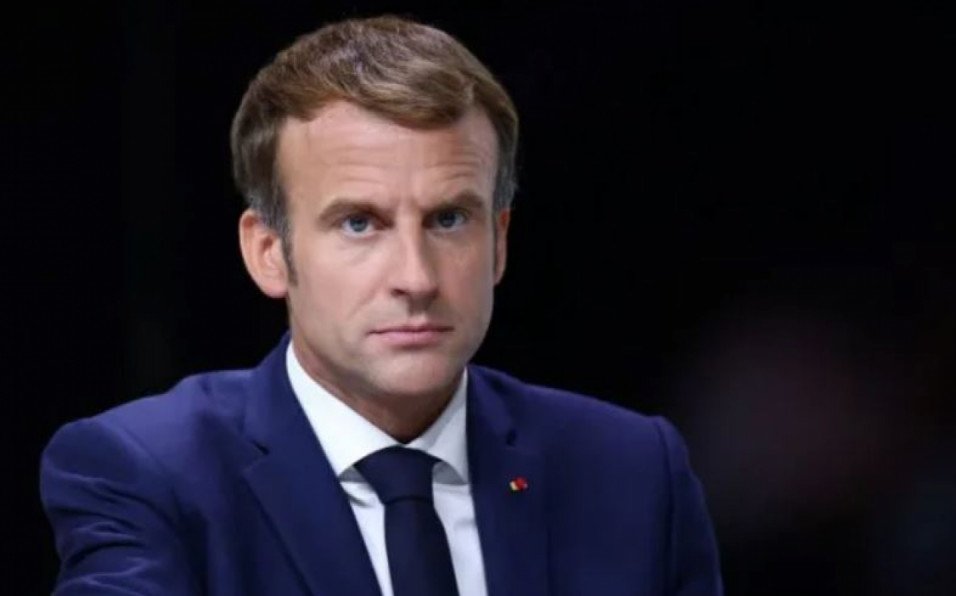 Macron’s centrist alliance finished Sunday’s parliamentary elections 44 seats short of a majority in the National Assembly, as a new left-wing coalition and the far right made major gains.

The situation has called into question Macron’s plans for reform in his second term after his April presidential re-election — including a key measure to raise the retirement age — and risks denting his international stature.

Breaking three days of silence in the wake of the elections, Macron in a televised address to the nation ruled out a national unity government but appeared upbeat on the chances for progress, even if he did not offer any concrete solutions.

Macron said France’s political forces must “collectively learn to govern and legislate differently” by building “compromises, additions and amendments but doing so in complete transparency, for the sake of national unity”.

He acknowledged that the ruling coalition had fallen short of an overall majority and “would have to expand, either by building a coalition deal or by creating majorities bill-by-bill,” in the parliament.

But he ruled out any attempt to create a “government of national unity”, saying such a move was “not justified” at this stage.

Macron acknowledged that the parliamentary elections had highlighted social problems in France, but he called on the opposition parties to “leave in-fighting behind” and move “beyond politics”.

Over the past two days, Macron has hosted rare talks at the Elysee Palace with opposition leaders to find a way out of the crisis.

He met the head of the far-right National Rally (RN) Marine Le Pen on Tuesday, while the head of the left-wing NUPES alliance, hard-leftist Jean-Luc Melenchon, sent lawmaker Adrien Quatennens, 32, to represent him in talks on Wednesday.

The meetings so far appear to have made little headway, and Macron has also rejected an offer from under-fire Prime Minister Elisabeth Borne to resign.

But Macron said the opposition were ready “to advance on major topics” such as the cost of living, jobs, energy, climate and health”.

He said urgent draft laws, especially to alleviate the impact of inflation and rising energy prices, would be submitted to parliament over the summer.

Macron called on the opposition parties to “clarify in all transparency, in the coming days, how far they are willing to go” in their support of such measures, which he said would not be financed by higher taxes.

Macron’s intervention Wednesday was crucial for indicating his future strategy, especially as he is to be distracted by foreign policy and outside of France for much of the next week.

He is due to attend an EU summit in Brussels on Thursday and Friday, then the G7 summit in Germany from Sunday and then the NATO summit in Madrid from Tuesday.

Giving an apparent 48-hour deadline to the opposition to make their positions clear, he said work would begin on the new way forwards once he returns from the EU headquarters.

But after talks with Macron on Tuesday, LR leader Christian Jacob ruled out any kind of “pact” with Macron’s Together alliance.

This would leave agreeing legislation on a bill-by-bill basis the most likely option.

The head of the LR’s parliamentary faction, Olivier Marleix, said there was “no alternative to “respect and dialogue” but warned there would be “no blank cheque” for the government.

Macron acknowledged that the situation of coalition-building was new for France but was common in “many other Western democracies” including Germany and Italy.

Olivier Veran, the minister in charge of relations with parliament, told BFM on Wednesday that “all options” were on the table. But he ruled out working with Le Pen’s RN or Melenchon’s hard-left France Unbowed (LFI) to find a majority.

Melenchon reaffirmed his threat to file a motion of no-confidence against Borne next month, even if other opposition leaders have shown less appetite for such action. — NNN-AGENCIES