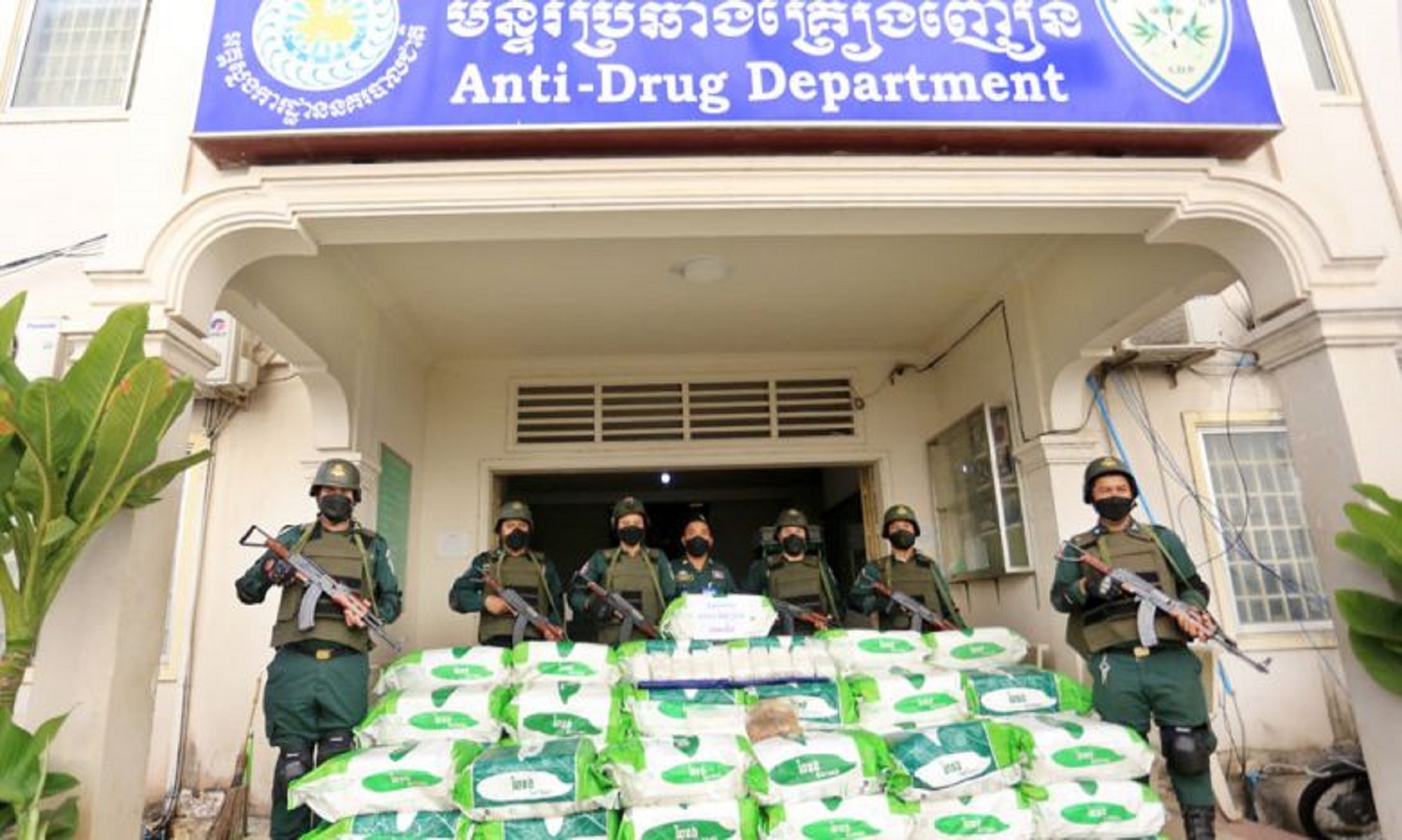 The four men were arrested at two secretive drug labs, with one of them in mango farms in western Kampong Speu province, and the other at a condo in the capital, Phnom Penh, on May 19, after an investigation for more than two months.

“A total of 40.5 kilograms of ketamine and 1.42 tonnes of its ingredients were confiscated from the suspects during the raids,” the police said.

A large number of equipment used for manufacturing and packaging drugs, as well as, 11.5 tonnes of chemicals, thought to be used for producing drugs, were also impounded, the police added.

On May 18, the kingdom caught a group of three foreigners in Phnom Penh and in the coastal province of Preah Sihanouk, seizing a total of 30.4 kilograms of heroin, ecstasy, crystal methamphetamine, methamphetamine, ketamine, and nimetazepam.

Cambodia has no death sentence for drug traffickers. Under its law, someone found guilty of trafficking more than 80 grams of drugs could be jailed for life.

According to the ADP, Cambodia nabbed 4,602 drug suspects, including 66 foreigners, during the first four months of this year, confiscating 1.55 tonnes of illicit drugs and 173 tonnes of ingredients.– NNN-AKP