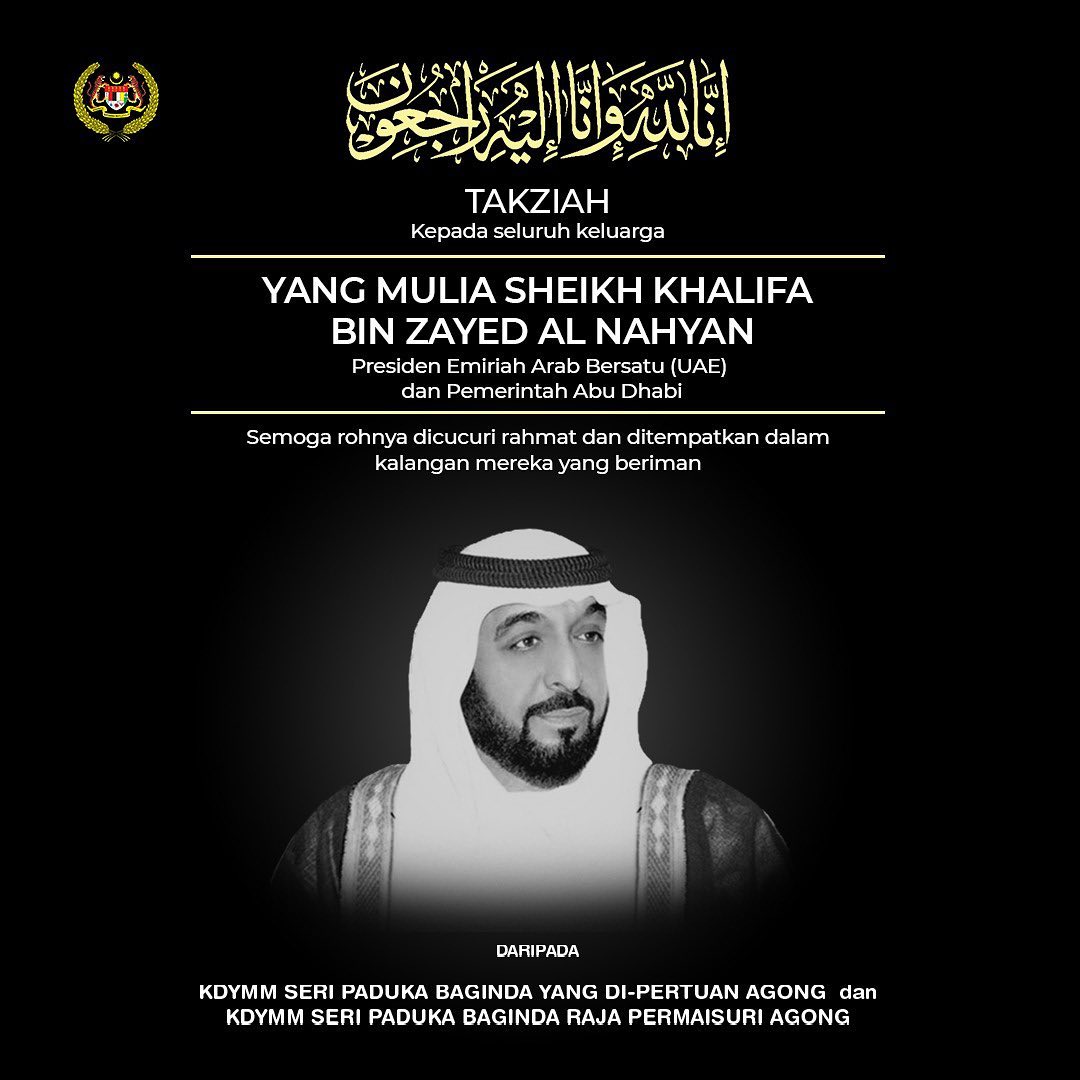 KUALA LUMPUR, May 14 (NNN-Bernama) — Malaysian King Al-Sultan Abdullah Ri’ayatuddin Al-Mustafa Billah Shah has expressed his condolences to the family of the President of the United Arab Emirates (UAE) and the Ruler of Abu Dhabi, His Highness Sheikh Khalifa bin Zayed Al Nahyan who passed away Friday.

His Majesty also expressed sadness over Sheikh Khalifa’s passing and hoped that his family will remain patient and resilient in coping with the loss.

“His Majesty prays for his soul to be blessed by Allah SWT and placed among the righteous,” according to a post on the Istana Negara’s (national palace) Facebook page.

Following the news of the death of Sheikh Khalifa, Al-Sultan Abdullah contacted Abu Dhabi Crown Prince Sheikh Mohamed bin Zayed Al-Nahyan by phone to personally convey his condolences to him and his family.

According to the post, His Majesty and Sheikh Mohamed became friends at the Royal Sandhurst Military Academy in 1978 and 1979 and the close friendship between the two leaders has remained to this day.

At the personal invitation of Sheikh Mohamed, His Majesty also agreed to leave for Abu Dhabi on Sunday (May 15) to join other heads of state to pay their last respects to Sheikh Khalifa.

The ceremony for paying last respects to Sheikh Khalifa is scheduled to be held for three days from tomorrow until May 16.

ASEAN, US should further cooperate in 3Rs – Thai PM Prayuth