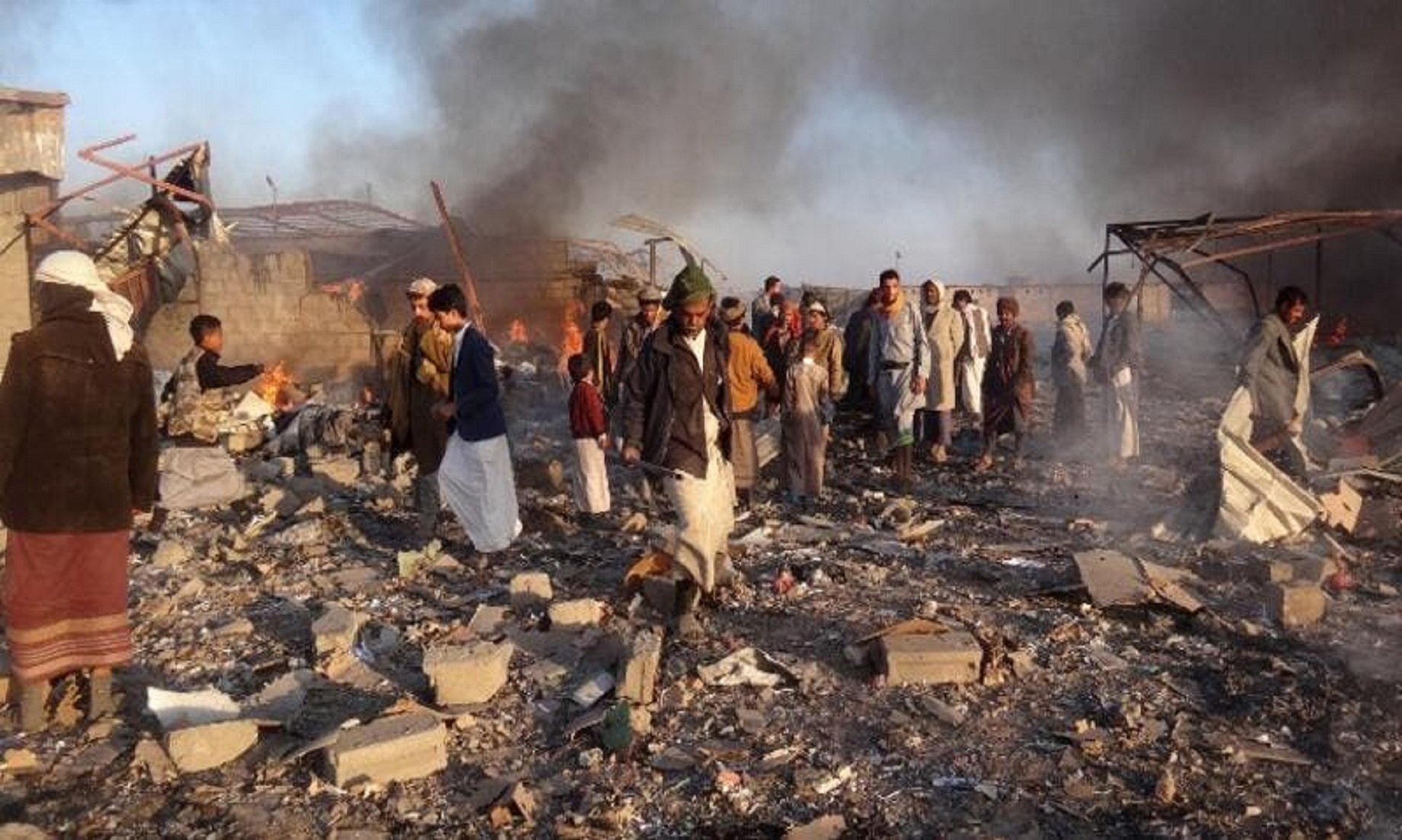 The airstrikes targeted the First Armoured Division camp, in the central part of Sanaa, it said, without providing further details.

Ambulances were seen rushing to the targeted site, and search work is continuing under the rubble.

Meanwhile, the Saudi-owned Al-Arabiya TV reported a statement from the coalition that, the airstrikes targeted a meeting of senior Houthi leaders in Sanaa, killing them all on the spot.

The coalition said that, its airstrikes came, in response to the militia’s cross-border attacks on the airport and oil tankers, in the United Arab Emirates (UAE).

The coalition added that, it intercepted and destroyed eight explosive-laden drones, launched by the Houthi militia earlier in the day from Yemen, towards the southern cities of Saudi Arabia.

The UAE is part of a Saudi-led Arab coalition, supporting the Yemeni government against the Houthi militia, which has recently intensified cross-border drone and missile attacks against cities in Saudi Arabia and the UAE.– NNN-YPA

US calls on North Korea to ‘cease’ its ‘unlawful’ missile launches