COLLEYVILLE (Texas, US), Jan 16 (NNN-AGENCIES) — Hostage negotiators were locked in a tense standoff Saturday at a Texas synagogue where a man apparently demanding the release of a convicted terrorist had taken several captives, police and media said.

Over eight hours into the crisis, police in Colleyville, Texas said one of the hostages had been released around 5:00 pm (2300 GMT) “uninjured” but an unconfirmed number of captives remained in the synagogue.

“This man will be reunited with his family as soon as possible and he does not require medical attention,” a police statement said.

With details still unclear, but reports emerging the synagogue’s rabbi and at least two others were being held, the standoff sparked an outpouring of concern from Jewish organizations around the United States, as well as from the Israeli government.

Police said they were alerted to an emergency Saturday morning at the Congregation Beth Israel in Colleyville, some 40 kilometers west of Dallas, with reports circulating quickly that it was a hostage situation.

ABC News reported that the hostage-taker was armed and had claimed to have bombs in unknown locations.

Quoting a US official briefed on the matter, ABC reported the man was demanding the release of Aafia Siddiqui, who has been dubbed “Lady Qaeda” by US tabloids.

ABC initially said the man claimed to be Siddiqui’s brother, but then later clarified her brother is in Houston, citing the brother’s lawyer.

Other experts said the word the man used in Arabic was more figurative and meant “sister” in the Islamic faith. Siddiqui, a former Pakistani scientist, was in 2010 sentenced by a New York court to 86 years in prison for attempted
murder of US officers in Afghanistan. The high-profile case sparked outrage in Pakistan.

She is currently being held at Federal Medical Center (FMC) prison in Fort Worth, Texas.

Colleyville police said in a tweet at 11:30 am (1730 GMT) that it was “conducting SWAT operations” at the address of the Congregation Beth Israel.

FBI agents were also on the scene.

Also present were Colleyville fire and rescue trucks, Dallas police and police from the nearby city of Southlake.

Colleyville police said FBI Crisis Negotiators were “in communication with the subject,” adding there were no injuries among those trapped inside the synagogue.

“We pray for the safety of the hostages and rescuers,” he wrote on Twitter.

The Jewish Community Relations Council said they were praying for a “swift and safe resolution.”

The Council on American-Islamic Relations condemned the hostage situation and said it was in contact with Colleyville Jewish leaders to “provide any assistance possible.” — NNN-AGENCIES 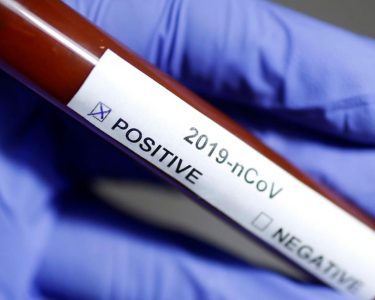