US violence: Man charged with killing his four children, mother-in-law in shooting 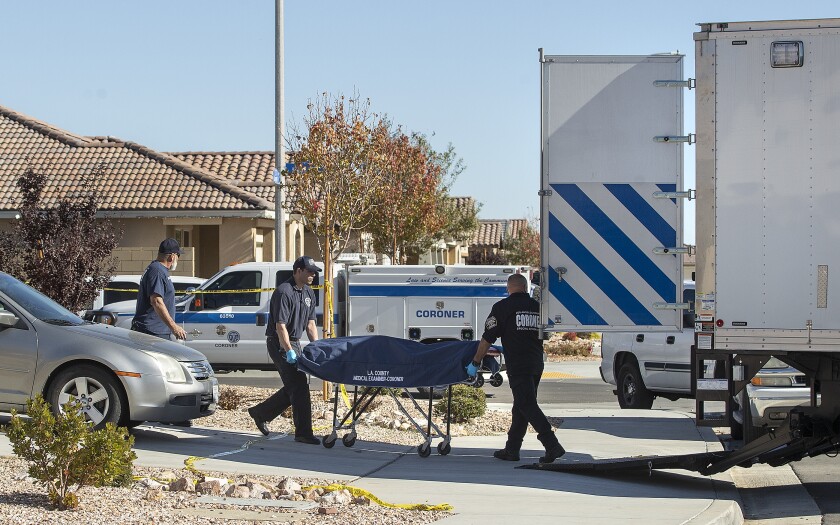 LOS ANGELES, Dec 1 (NNN-AGENCIES) — A man was charged with killing his four children and mother-in-law over the weekend inside a home in the western US state of California, authorities said.

David is accused of fatally shooting the five victims aged 11, 7, 2, 1 and 51 at the family home on the 3500 block of Garnet Lane in Lancaster in northern Los Angeles County, according to the news release.

“No family should endure this type of tragedy, especially when the alleged perpetrator was responsible for their protection,” said the county’s District Attorney George Gascon.

“Our office has reached out to the family to ensure they have all the services and support they need during this difficult time,” Gascon added.

The incident was reported Sunday evening. David is being held in lieu of a 2-million-U.S.-dollar bail and expected to appear in a court Tuesday.

Police responded to calls of an emergency at the home in the 3500 block of Garnet Lane around 10:30 p.m. Sunday, officials said.

When they arrived, they found four children — all age 12 or younger — and a woman in her 50s, all with gunshot wounds to their upper bodies.

All five were pronounced dead at the scene by paramedics.

Property records show the home where the bodies were found belongs to the suspect and Tyanna Brown.

David is a licensed security guard who has held three firearm permits since 2012, according to the California Bureau of Security and Investigative Services. His most recent permit, issued in August 2018, was listed as “cancelled” after it expired in August 2020, officials said. — NNN-AGENCIES