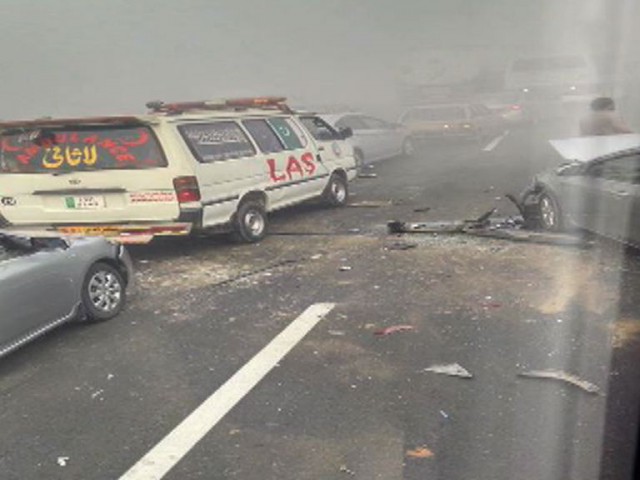 ISLAMABAD, Dec 1 (NNN-APP) – At least 20 people were injured yesterday, after 30 vehicles piled up, due to dense fog at three different locations in Pakistan, police said.

An official from the patrolling police told local media that the vehicles, mostly cars, piled up on M-2 motorway at Kala Shah Kaku and Qila Sattar Shah areas, in Sheikhupura district, of the eastern Punjab province, due to dense fog.

Several cars also collided with one another on M-1 motorway, in the country’s north-western Khyber Pakhtunkhwa province, also due to dense fog, leaving more than six people injured.

Police and rescue teams rushed to the sites and shifted the injured to nearby hospitals.

Local media, quoting hospitals’ officials said, at least 10 of the injured got serious wounds and are being treated at the intensive care units.

The police said that, the accidents occurred after the visibility on the roads dropped sharply, due to dense fog.

All kinds of traffic were stopped from entering the motorways, following the accidents.– NNN-APP