France Views Malaysia As Its Solid Partner In Southeast Asia 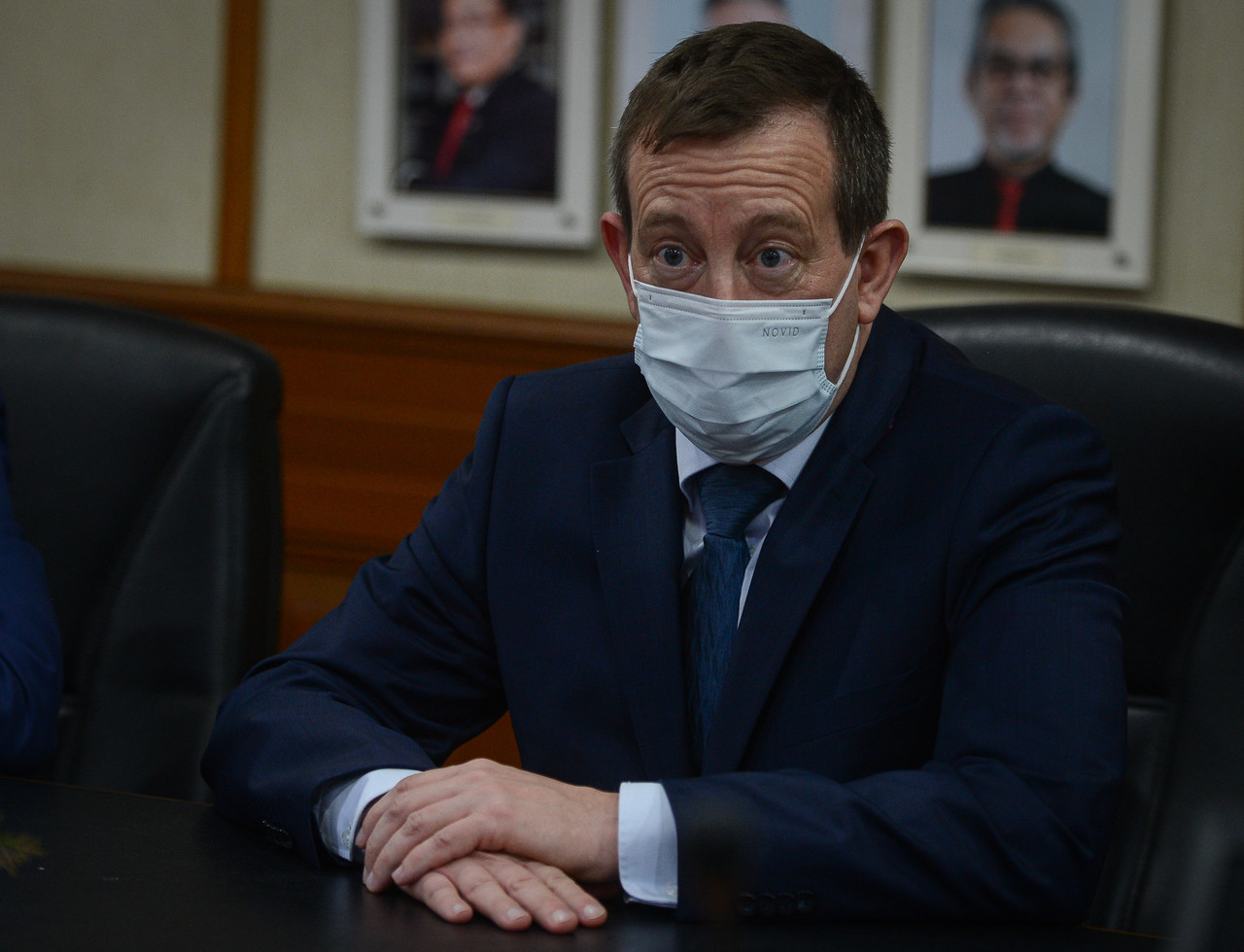 KUALA LUMPUR, Nov 26 (NNN-Bernama) — France strongly views Malaysia as its solid partner in the Southeast Asian region and wants to strengthen both countries’ connection, said Director for Asia and Oceania of the French Ministry for Europe and Foreign Affairs, M. Bertrand Lortholary.

“We certainly view the friendship with Malaysia as a relation between trusted partners and it has been the case for several decades,” he said during his visit to the Malaysian National News Agency (Bernama), here on Thursday.

He arrived in Malaysia on Thursday from Jakarta after accompanying French Foreign Minister Jean-Yves Le Drian during an official visit to Indonesia. The French diplomat will leave to Manila and then Brunei before heading back home.

Lortholary said cooperation with Malaysia and other ASEAN member countries will be further elevated following the establishment of ASEAN-France development partnership that will pave the way for a stronger collaboration between the two sides.

Through the partnership, Lortholary noted that France would continue working with ASEAN member states in mutually beneficial development projects and programmes, driven by the French Development Agency (AFD).

“We are now working on the issue of air pollution at the regional level. So, there will be more to come,” he said.

Meanwhile, Galharague pointed out that France and Malaysia have been working on programmes in health sector, including training for Malaysian scientists in the field of genomic sequencing which is crucial in the fight against COVID-19 pandemic.

“We’re also planning to work together in the fields of the transmission of animal diseases to human.

“Another project that will be launched soon in Sabah relates to sustainable forestry because we know that the conservation of oil palm is crucial to Malaysia and we want to help to ensure that this is done in a sustainable manner,” he said.

On the economic front, the ambassador pointed out that Malaysia-France have enjoyed a fruitful ties, with over 300 French companies currently operating in Malaysia as well as a very substantial level of trade.

A Stitch in Time: Taiwan and Japan Join Hands in Providing Critical Care