UN chief calls for immediate end to fighting in Ethiopia 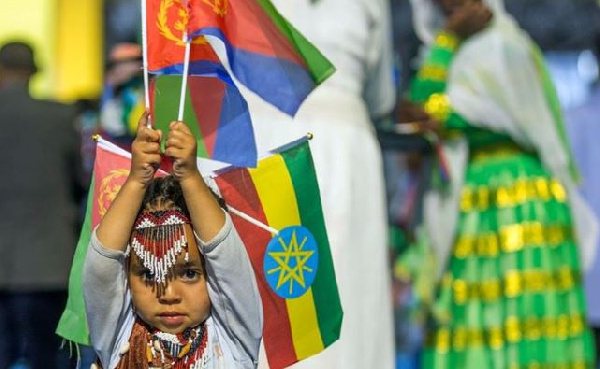 ADDIS ABABA, Nov 26 (NNN-AGENCES) — United Nations Secretary-General Antonio Guterres has called for an immediate end to the fighting in Ethiopia, as the United States warned there was “no military solution” to the African nation’s civil war.

The calls came as Ethiopian media reported that Abiy Ahmed, the country’s prime minister, and a Nobel Peace Prize winner, was at the front “giving leadership from the battlefield” amid an escalating year-long crisis.

The war broke out in November 2020 in the country’s Tigray region between Ethiopian federal troops and the Tigray People’s Liberation Front (TPLF). In July, the conflict spread into two neighboring regions in northern Ethiopia, and the rebels have been advancing towards Addis Ababa, the capital.

Haile, now 48 and retired, said he felt compelled to join up because Ethiopia’s existence was under threat.

“What would you do when the existence of a country is at stake? You just put down everything,” he said. “Alas, nothing will bind you. I am sorry!”

“There is no military solution to the conflict in Ethiopia,” a spokesperson from the US State Department said in a statement, stressing that diplomacy was the “first, last, and only option”.

The statement added that all parties should “refrain from inflammatory and bellicose rhetoric, to use restraint, respect human rights, allow humanitarian access, and protect civilians”.

Thousands of people have been killed since the conflict began with more than two million forced from their homes and 400,000 people in Tigray facing famine.

The remarks from Washington come a day after the US special envoy for the Horn of Africa reported “nascent progress” towards a diplomatic settlement between the government and Tigrayan rebels, but warned it risked being eclipsed by “alarming developments” on the ground.

The envoy, Jeffrey Feltman, had just returned from Addis Ababa where he was renewing a push to broker a ceasefire.

It was not clear where exactly Abiy had deployed, and state media did not broadcast images of him in the field. — NNN-AGENCIES