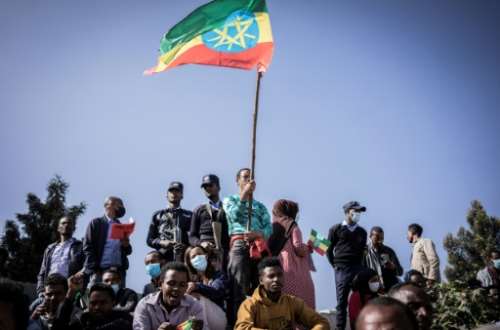 The fighting in the north of Africa’s second-most populous country has killed thousands of people and forced hundreds of thousands into famine-like conditions.

Foreign governments have told their citizens to leave amid the escalating war, and fears the Tigrayan rebels could march on the capital Addis Ababa.

Abiy, winner of the 2019 Nobel Peace Prize, “is now leading the counter-offensive” and “has been giving leadership from the battlefield as of yesterday,” Fana Broadcasting Corporate reported.

It was not clear where Abiy, a former radio operator in the military who rose to lieutenant-colonel, had deployed.

State media did not broadcast images of him in the field, and officials have not responded to requests for details about his whereabouts.

Addressing reports of Abiy at the front, the US State Department late Wednesday warned “there is no military solution” to Ethiopia’s civil war.

“We urge all parties to refrain from inflammatory and bellicose rhetoric, to use restraint, respect human rights, allow humanitarian access, and protect civilians,” a State Department spokesperson said.

A day earlier Washington’s special envoy for the Horn of Africa, Jeffrey Feltman, said that “nascent progress” risked being “outpaced by the military escalation by the two sides”.

Other foreign envoys also have been frantically pushing for a ceasefire, though there have been few signs a breakthrough is coming.

On Wednesday UN chief Antonio Guterres called for a swift end to the fighting, comments made while on a visit to Colombia to mark the fifth anniversary of a peace deal between the government and former FARC rebels.

“The peace process in Colombia inspires me to make an urgent appeal today to the protagonists of the conflict in Ethiopia for an unconditional and immediate ceasefire to save the country,” he said.

The war erupted in November 2020 when Abiy sent troops into Tigray to topple its ruling party, the Tigray People’s Liberation Front (TPLF).

He said the move was in response to TPLF attacks on federal army camps and promised a swift victory, but by late June the rebels had retaken most of Tigray, including its capital Mekele.

Since then, the TPLF has pushed into neighbouring Amhara and Afar regions, and this week it claimed to have seized a town just 220 kilometres from Addis Ababa.

Abiy’s announcement Monday that he would deploy to the front “has inspired many to… join the survival campaign”, Fana said Wednesday.

Hundreds of new recruits took part in a ceremony held in their honour Wednesday in the capital’s Kolfe district.

As officials corralled sheep and oxen into trucks bound for the north, the recruits broke into patriotic songs and chants.

“When a leader leaves his chair… and his throne it is to rescue his
country,” Tesfaye Sherefa, a 42-year-old driver, said.

The marathon runner gained political prominence by raising and crossing his arms as he finished the marathon at the 2016 Olympics in Rio de Janeiro – – a gesture of solidarity with fellow ethnic Oromos killed while protesting abuses committed during nearly three decades of TPLF rule.

Even as it rallies citizens to fight, Abiy’s government insists the TPLF’s gains have been overstated, criticising what it describes as sensationalist media coverage and alarmist security advisories from Western embassies.

The war has triggered a humanitarian crisis, with accounts of massacres and mass rapes, and on Wednesday the United Nations expressed worry over reports of large-scale displacement from western Tigray, where the US has
previously warned of ethnic cleansing.

“Tigray zonal authorities report of 8,000 new arrivals, potentially up to 20,000,” the UN refugee agency UNHCR said, adding that it could not immediately corroborate the figures.

Several witnesses have told of mass roundups of Tigrayan civilians in western Tigray in recent days.

Amhara forces occupied the fiercely contested area a year ago, with Amhara officials accusing the TPLF of illegally annexing it three decades earlier.

As Amhara civilians have poured in over the past year, Tigrayans have fled in the tens of thousands — either west into Sudan or east, deeper into Tigray. — NNN-AGENCIES