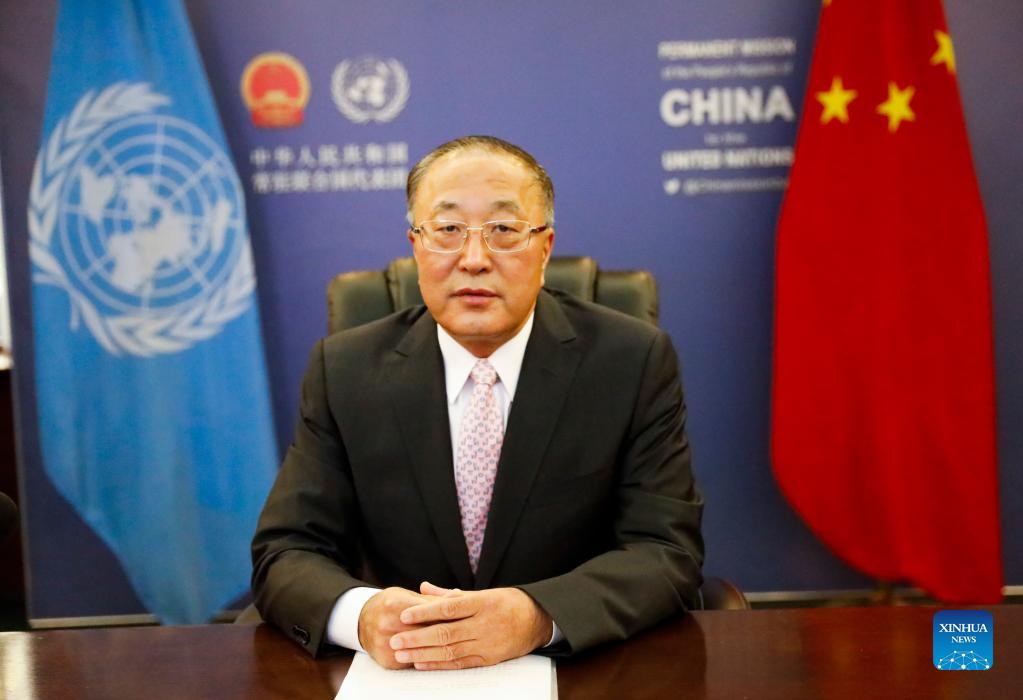 UNITED NATIONS, Oct 23 (NNN-XINHUA) – More than 80 countries opposed the interference in China’s internal affairs, under the pretext of human rights at the Third Committee of the 76th session of the United Nations (UN) General Assembly.

During the meeting, Zhang Jun, China’s permanent representative to the UN, resolutely refuted unfounded accusations against China, which were launched by a few countries, including the United States and France.

The attempts to smear the human rights situation in China were again defeated, as more than 80 countries agreed with China’s position, including Cuba, on behalf of 62 countries, Kuwait on behalf of three Gulf states, and many other countries that spoke individually, forming a strong momentum in support of China.

The statement stressed that issues related to Hong Kong, Xinjiang and Tibet are China’s internal affairs that brook no interference by any external forces, and supported China’s implementation of “one country, two systems” in Hong Kong Special Administrative Region.

The joint statement also called upon all parties to respect the right of the people of each state, to choose independently the path for human rights development, in accordance with their national conditions, and treat all human rights with the same emphasis.

It opposed a politicisation of human rights, double standards and unfounded allegations against China, out of political motivation and based on disinformation.

Kuwait made a joint statement on behalf of three Gulf states, stressing the objective, constructive and non-political principle on human rights issues, and calling upon all states to follow the purposes and principles of the UN Charter and the Universal Declaration of Human Rights.

More than 20 other countries made statements in support of China, speaking highly of China’s achievements in the development of human rights, and calling upon all countries to uphold multilateralism and solidarity and to promote and protect human rights through dialogue and cooperation.

At the meeting and the press conference, Zhang said that the United States and a few other countries have once again abused the Third Committee platform, to launch groundless accusations against China, a move which was strongly opposed by China.

Zhang said, accusations by the United States and a few other countries are totally unfounded. Xinjiang enjoys stability, development and prosperity, and the Chinese people’s life is getting better day by day. The Chinese people are satisfied with and proud of such achievements, and those achievements are widely recognised and praised by people around the world. No matter how many times they are repeated, lies are still lies. Some Western countries may fool themselves, but they cannot fool the world.

Besides, he added, the United States has stained its reputation with the blood of hundreds of thousands of Muslim civilians in the Middle East and Central Asia. The list of human rights violation by those countries goes on. Zhang said that human rights issues should not be covered up, and blaming other countries will not deflect from the misdeeds of perpetrators, but would only reveal their hypocrisy.

Zhang emphasized that the United States and a few other countries, in the name of democracy, have been trying to get rid of those who dare to hold different views. But all their attempts will end in vain; democracy is not a few countries’ privilege, but a right enjoyed by people of all countries, he said.

The best democracy, he said, is to let people be the real masters of the country, instead of making them cannon fodder in political manipulation. The world is diverse, so are the approaches to realise democracy; whether a country is democratic or not should be judged by its own people, not some individuals outside the country, he said further.

Tragedies in countries such as Afghanistan, Iraq and Libya have proven again that military intervention from the outside and so-called democratic transformation entail nothing but harm to those countries affected, and to the ideal of democracy itself, Zhang added.

The Third Committee of the United Nations General Assembly is the committee that discusses human rights and social development issues. Since 2019, the United States has thrice gathered a group of countries to smear China on human rights issues, attempts which were firmly opposed by the vast majority of countries and have all ended in failure.– NNN-XINHUA