Seven Killed In Clashes Between Rival Rohingya Factions In Bangladesh 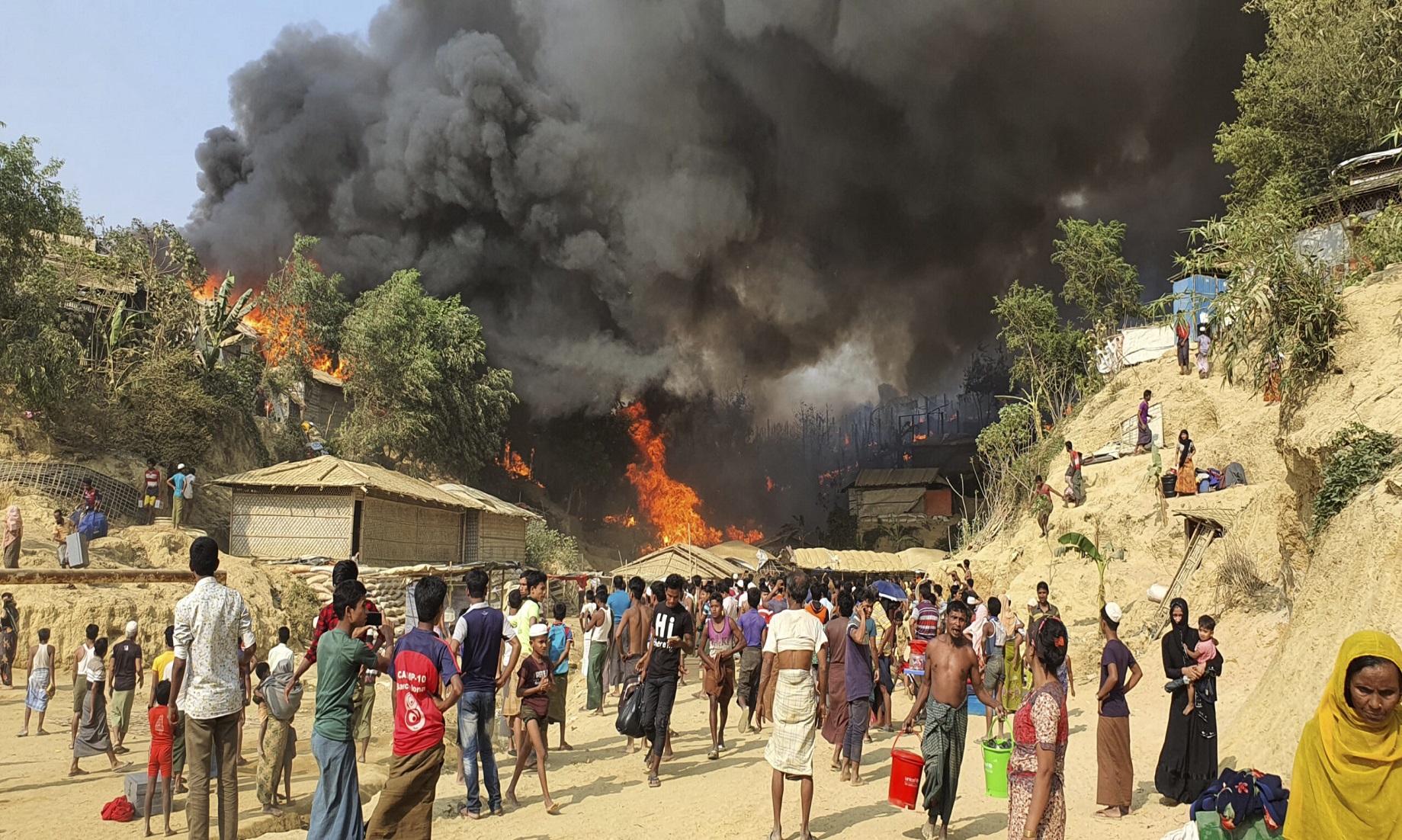 DHAKA, Oct 22 (NNN-BSS) – At least seven persons were killed and seven others injured, in clashes between two rival factions of Rohingya refugees from Myanmar, at a camp in Bangladesh’s Cox’s Bazar district, early today.

He said, a Rohingya refugee has already been detained with weapons, in this connection.

Law enforcers were conducting raids in the refugee camp, to arrest culprits responsible for the incident, he added.

He could not immediately confirm the cause of the clash.

The incident occurred weeks after a Rohingya leader was killed in a Cox’s Bazar refugee camp.

Mohib Ullah, chair of the Arakan Rohingya Society for Peace and Human Rights (ARSPH), was shot and killed by unidentified gunmen, in Cox’s Bazar’s Kutupalong Rohingya refugee camp on Sept 29.

The displaced Rohingyas are living in extremely congested conditions in Cox’s Bazar, some 300 km south-east of the capital, Dhaka.– NNN-BSS