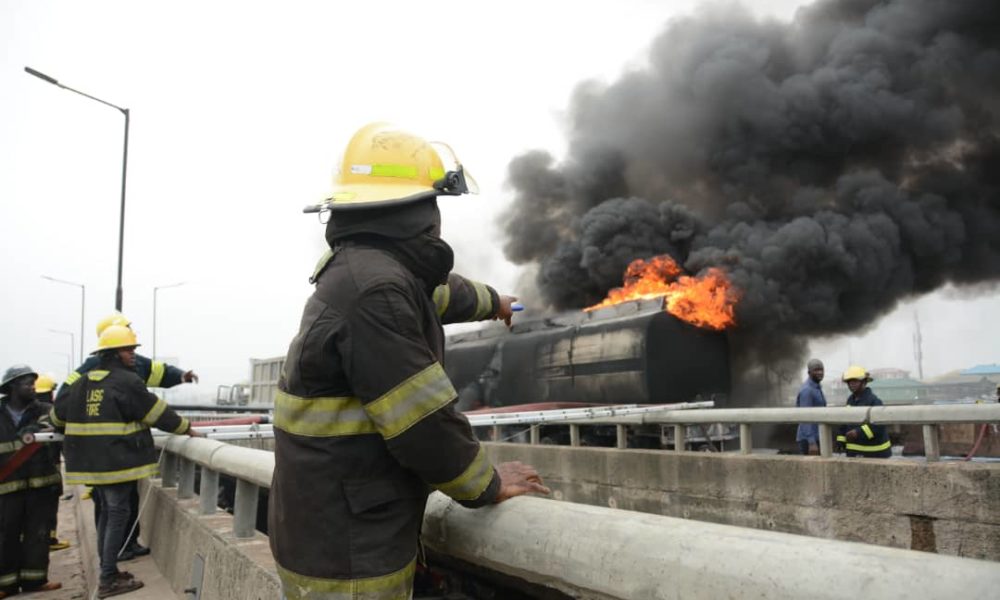 Mohammed Sulaiman, executive secretary of the Adamawa State Emergency Management Agency, told reporters at a press briefing in Yola, the state capital, that, the victims were burnt to death in a petrol tanker fire outbreak, in Mubi area of the state, in the early hours of yesterday.

“So far, three people lost their lives and two sustained injuries from burns, and they are receiving medical treatment at the Mubi General Hospital,” Sulaiman said, adding, an investigation is underway to find out the cause of the explosion.

The official called on petroleum products dealers in the state, as a matter of safety, to avoid operating during “odd hours.”

An eyewitness was quoted by the official News Agency of Nigeria as saying, the fire broke out, when the victims were transferring petroleum products from the petrol tanker to over 1,000 plastic jerricans, at a filling station.– NNN-NAN