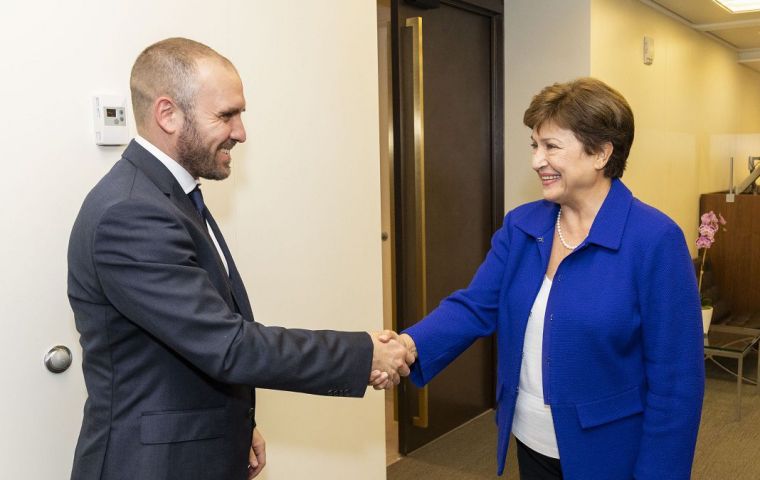 The South American official also held an encounter with David Lipton, a top adviser to US Treasury Secretary Janet Yellen.

Also Tuesday, Argentine President Alberto Fernández announced he believed the deal with the IMF would not be finalized before 2022.

Guzmán also had a meeting with Andy Baukol, who was acting Secretary of the Treasury before Yellen’s arrival.

The meetings took place within the framework of the Annual Assembly of the IMF and the World Bank.

Guzmán breathed a sigh of relief after Georgieva was ratified as head of the body despite accusations of having favoured China when she was a senior director of the World Bank. The Argentine minister is on particularly good terms with the Bulgarian economist.

At the meeting, Guzmán insisted on the need for the IMF to eliminate the surcharges it applies to Argentina for the record loan granted in 2018 to the government of Mauricio Macri.

The minister also highlighted the need to obtain longer-term refinancing, which would allow for a sustainable recovery of the country’s economy.

Guzmán started his Washington tour Monday with a working meeting with IMF staff, in which technical aspects of the negotiation for debt restructuring were discussed.

In addition to Guzmán and the Central Bank Chairman Miguel Pesce, Argentina’s newly-appointed Cabinet Chief Juan Manzur will be in Washington to ratify the Government’s intention to reach an agreement with the Fund in a meeting with investors.

In a major cabinet reshuffle following the catastrophic results from the Sept. 12 Mandatory, Simultaneous and Open Primary (PASO) elections, Manzur was appointed at the suggestion of Vice President Cristina Fernández de Kirchner (CFK) to become the acting head of government, the new face with which to replace the negative image of President Alberto Fernández.

Guzmán also held a meeting Tuesday with his Indonesian colleague Sri Mulyani Indrawati, who expressed his country’s support for the negotiation of Argentina with the Fund and the discussion in the Executive Board regarding the surcharges.

Both ministers also addressed the sustainable development goals to finance climate action that will have an impact on greater equity in the world and poverty reduction, such as the redistribution of Special Drawing Rights (SDR) and the advancement of the Resilience and Sustainability Fund in the IMF, it was reported. — NNN-MERCOPRESS

Israel, UAE ministers in US as Pres Biden seeks to expand normalisation 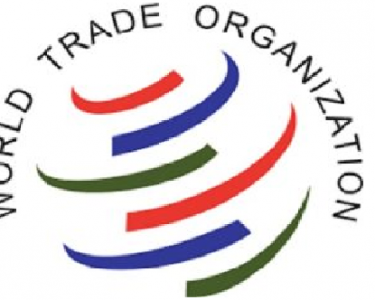 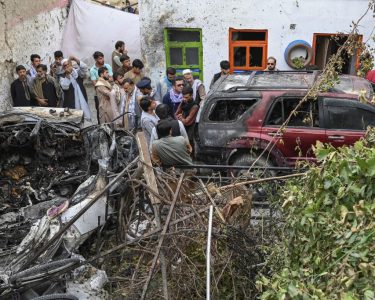 Afghanistan: US offers to pay relatives of 10…