Scores Of Houthi Rebels Killed In Fighting Over Yemen’s Marib 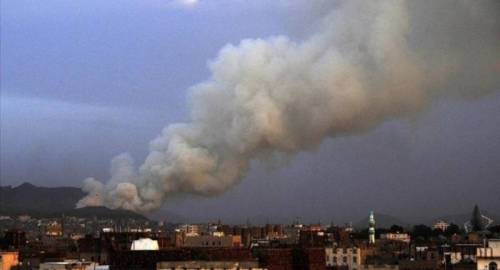 ADEN, Oct 12 (NNN-YPA) – Scores of Houthi rebels were killed, during their military attacks to seize key areas in the country’s northern oil-rich province of Marib, yesterday, a government official said.

Ferocious armed confrontations are still taking place between the Houthis and the government forces, backed by local tribal fighters in the district, and the casualties included mid-level commanders of the rebel group, he added.

Official government estimates the population of Abdiya is about 35,000, with thousands of children and women facing catastrophic consequences, as a result of the district’s lack of food and medical supplies.

Earlier in the day, the Saudi Arabia-led coalition fighting against the Houthis in Yemen declared that, more than 156 rebels were killed and eight military vehicles were destroyed, in an operation near Abdiya, south of Marib.

According to the coalition, 33 airstrikes were carried out against Houthi-held positions near Abdiya district during the past 24 hours.

The Houthi militia launched in Feb, a major offensive on Marib, in an attempt to seize control of the oil-rich province, the last northern stronghold of the Saudi-backed Yemeni government.– NNN-YPA

Austria gets new Chansellor after Kurz quits amid corruption claims