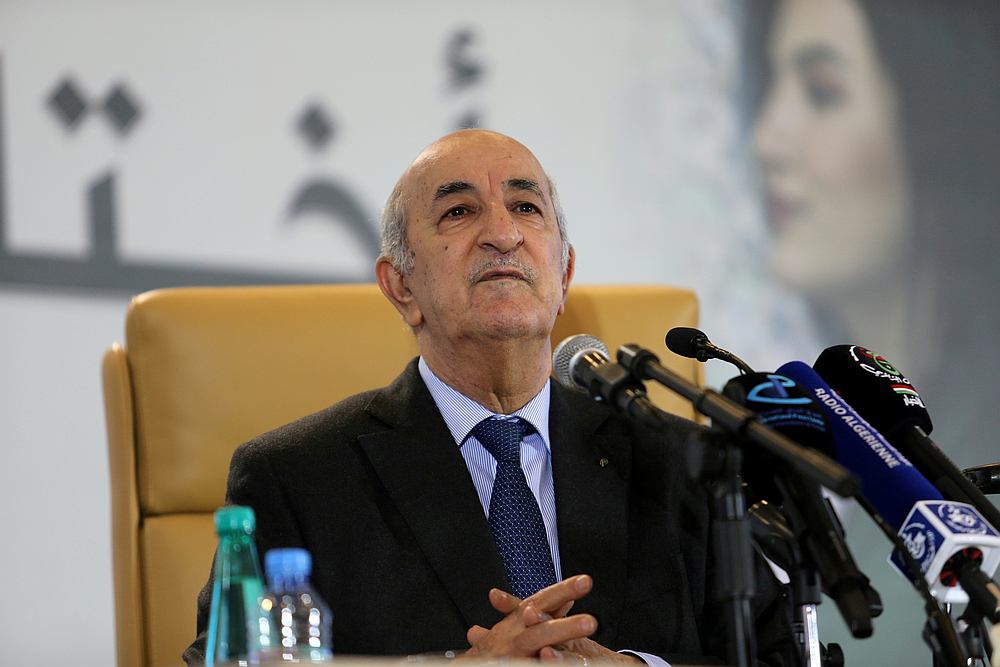 Last weekend Algeria recalled its ambassador from Paris and banned French military planes from its airspace, which France regularly uses to reach its forces battling jihadists in the Sahel region to the south.

The moves came after a bitter row over visas, followed by media reports that French President Emmanuel Macron had told descendants of Algeria’s 1954-1962 war of independence that Algeria was ruled by a “political-military system” that had “totally re-written” its history.

The office of Algeria’s president responded by saying the comments, which have not been denied, were an “interference” in the country’s internal affairs.

On Sunday Tebboune spoke publicly for the first time about the row with France, demanding “total respect” from the former colonial power.

The return of the Algerian ambassador to France “is conditional on total respect for the Algerian state”, Tebboune told local media outlets.

“We forget that it (Algeria) was once a French colony… History should not be falsified,” he added.

“We can’t act like nothing happened,” Tebboune said of Algeria’s history and its French colonial past.

Relations between the two countries have often been strained but never had they hit such a new low as in recent days.’

Macron’s remarks last week to French daily Le Monde were widely picked up by Algerian media, which slammed them as “vitriolic”.

The French president reportedly criticised what he called the “official history” which Algeria had written for itself, saying it was “not based on truths”.

And he described Tebboune as being “trapped in a system which is very tough”.

Macron also said that a French decision to slash the number of visas it grants to citizens of Algeria, Morocco and Tunisia would have no impact on students or business figures.

The move – denounced by Algeria – was aimed at “annoying people in leadership”, he said.

On Tuesday, Macron said he hoped tensions with Algeria would ease.

“My wish is for a calming down because I think it’s better to talk and to make progress,” he told France Inter broadcaster.

He also said that relations with Tebboune were “truly cordial”.

Algeria once before recalled its ambassador from France, home to a very large community of Algerian descent.

It happened in May 2020 after French public media broadcast a documentary about the Hirak pro-democracy protest movement which had forced Tebboune’s veteran predecessor Abdelaziz Bouteflika from power the previous year.

Nevertheless, Macron has gone further than previous French presidents in seeking to face up to the legacy of France’s colonial history.

In 2017, while campaigning for the presidential election, he declared that the colonisation of Algeria was a “crime against humanity”.

Last month he asked for “forgiveness” from the families of Algerians who fought alongside the French in Algeria.

And last year, Macron tasked French historian Benjamin Stora to assess how France has dealt with its colonial legacy in Algeria.

Algiers rejected the Stora report, saying it was “not objective” and failed to prove an “official recognition by France of war crimes and crimes against humanity, perpetrated during the 130 years of the occupation of Algeria”.

In his report Stora said France and Algiers were locked in a “never-ending memory war” and competing claims of victimisation. — NNN-AGENCIES