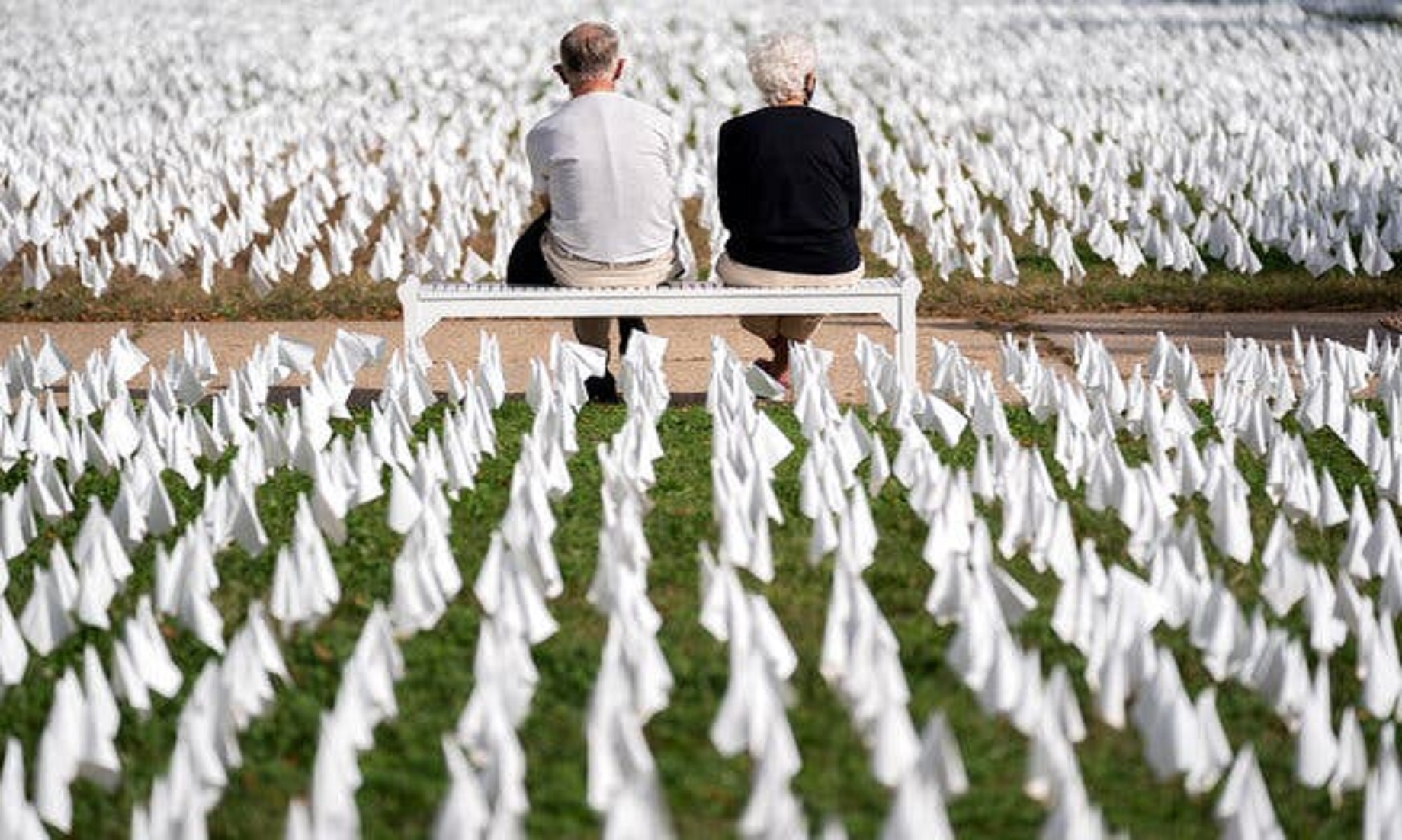 NEW YORK, Oct 3 (NNN-XINHUA) – The U.S. set the pace to expand the spectrum of COVID-19 vaccines, while its vaccination campaign drags on, as it hit a grim milestone of 700,000 deaths in the pandemic that has entered its 19th month.

Topping the world, the United States on Friday surpassed 700,000 deaths from COVID-19, according to Johns Hopkins University’s data. Meanwhile, the average number of people getting vaccinated, at 270,531 per day, is the lowest it has been since Aug 15, according to the U.S. Centres for Disease Control and Prevention (CDC).

Trying to add some bright colour to the ongoing tragedy, CDC Director, Rochelle Walensky told reporters that, weekly COVID-19 cases and hospitalisations in the United States were down by 15 percent from the previous week.

According to The New York Times’ update, the seven-day average of confirmed cases of the pandemic stood at 109,192 nationwide on Friday, with its 14-day change striking a 27-percent fall. The COVID-19-related deaths were 1,883 on Friday, with the 14-day change realising a 5-percent decrease.

“As many companies impose COVID-19 vaccine mandates, employees who refuse to get jabbed are getting the ax,” reported CBS on Friday, adding, employers in the health care and aviation industries, dismissed hundreds of workers who declined to get inoculated.

Health care organisations account for most of the firings of unvaccinated workers, but other kinds of employers are also expected to follow suit, when workers start reporting to offices again.

Currently, a dilemma is being weighed for some companies, considering vaccine mandates: an acute worker shortage among retailers, restaurants, hotels and other service-sector employers, according to the report.

On Friday, the Broadway League announced that all its 41 theatres in New York City will continue to require COVID-19 vaccinations for audience members, performers, backstage crew and venue staff, at least through the end of the year.

Audiences will also be required to wear masks inside theatres, at least for the remainder of 2021, except while actively eating or drinking in designated locations.

The announcement extended the COVID-19 protocol policy that has been in place since Broadway resumed performances in July. At that time, the League said, it would review the procedures in the fall. Theatre owners will again review the policies by Dec 1, for performances starting Jan 3, 2022.– NNN-XINHUA