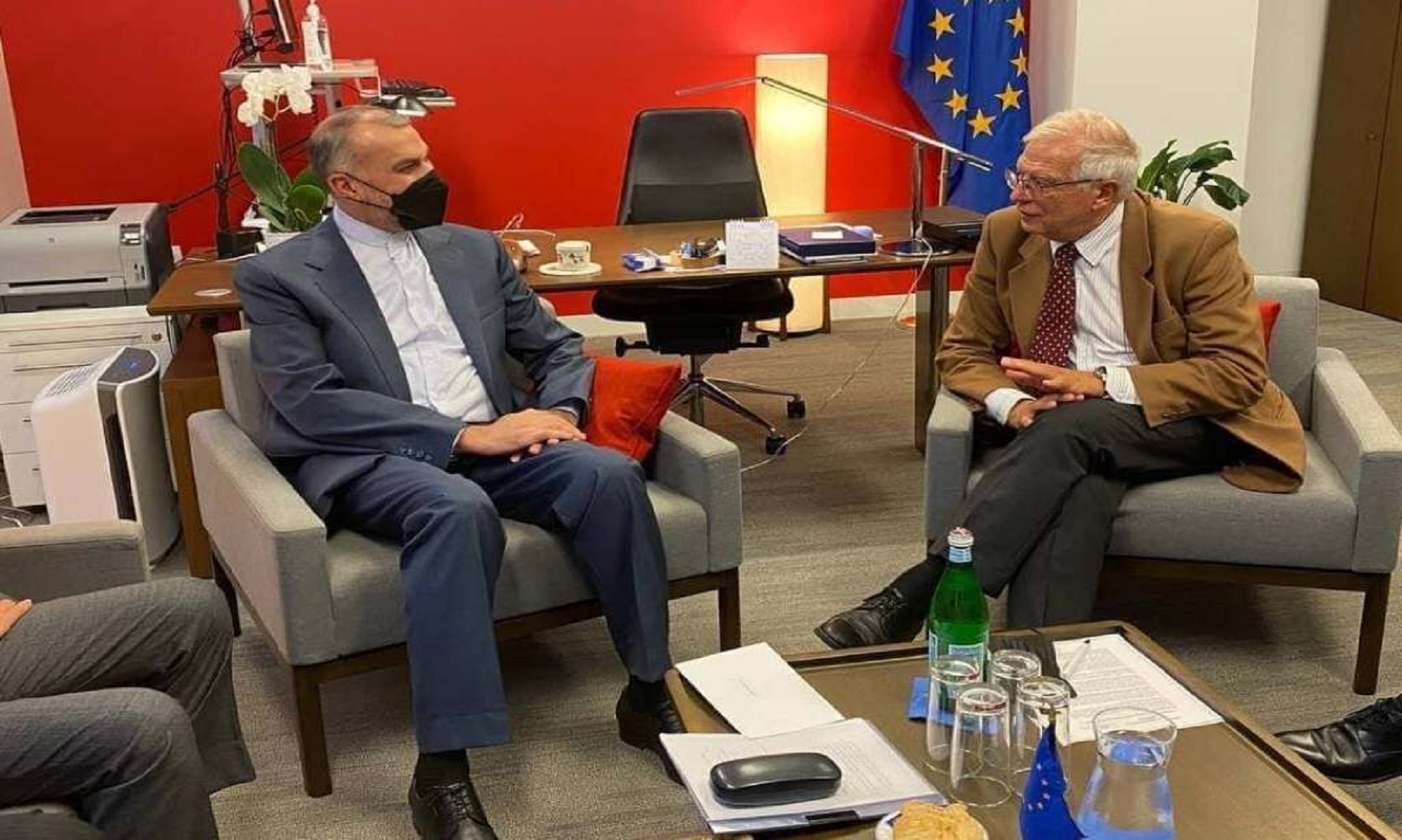 “We are seriously reviewing the history of (nuclear) negotiations, and the new government will resume the talks,” Amir Abdollahian made the remarks, in a meeting with EU High Representative for Foreign Affairs and Security Policy, Josep Borrell, on the sidelines of the 76th session of the UN General Assembly in New York.

“Iran neither wastes time, nor accepts unconstructive behaviour of the United States, and it will not procrastinate the country with empty promises,” he was quoted as saying.

“Unfortunately, (U.S. President Joe) Biden government’s behaviour and policies, in relation to Iran and JCPOA have so far been unconstructive,” said the Iranian minister.

Despite criticising verbally, former U.S. President, Donald Trump’s policies, Biden has followed the same policies towards Iran in practice, he said, adding that, “our criterion is the action of other parties and not their comments.”

The JCPOA Joint Commission, attended by the U.S. delegation indirectly, began to meet offline on Apr 6, in Vienna, to continue previous discussions over a possible return of the United States to the nuclear deal, known as the Joint Comprehensive Plan of Action (JCPOA), and how to ensure the full and effective implementation of the JCPOA.

After six rounds of talks, which ended on June 20, the parties said, serious differences remain between Iran and the United States for restoration of the deal.– NNN-IRNA

Germany nominates Tedros for new term as WHO chief: ministry