Palestinian Affairs Unit Being Set Up At Malaysian Embassy In Jordan

KUALA LUMPUR, Sept 21 (NNN-Bernama) — Malaysia is in the final process of setting up a Palestinian Affairs Unit at the Malaysian Embassy in Amman, Jordan in the effort to strengthen bilateral relations between Malaysia and Palestine.

“The unit will be assisted by the first Malaysian honorary consul, in Ramallah, Palestine, who has been appointed while the appointment of the second honorary consul in Gaza will be decided soon,” he said during the question-and-answer session at the Dewan Rakyat (Malaysia’s Lower House of Parliament) here, today.

He said this when a law maker asked the government to state the proactive measures taken with international bodies to strengthen the joint commitment for assistance in the reconstruction of Gaza in Palestine after the last round of conflict there this year.

Meanwhile, Kamarudin said Malaysia was and would continue to have relations with the Egyptian government so that the efforts to enter Palestine, especially to Gaza to provide humanitarian aid, could be carried out smoothly.

He said the government had also coordinated activities and so far had approved Malaysian seven non-governmental organisations (NGOs) intending to go to Gaza to provide assistance.

“They finally managed to enter Gaza with the cooperation and approval of its neighbour, Egypt.

“Hishammuddin Hussein, while serving as the previous Foreign Minister, had already visited Egypt and held a meeting with his (then) counterpart (Sameh Shoukry) in Egypt.

As such, Kamarudin hopes that the good relationship will encourage and smoothen the entry of Malaysian NGOs more easily as security matters need to be considered.

He said Malaysia was also actively working with countries in the Middle East region involved in the Gaza reconstruction process, including Egypt, Jordan, Turkey and Qatar.

Economic Watch: India’s Auto Market: Boon For Some, Bane For Others 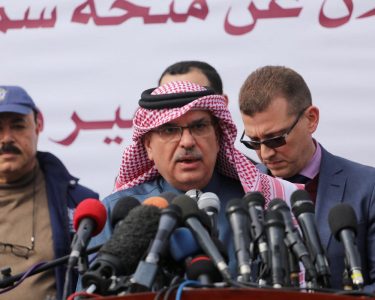