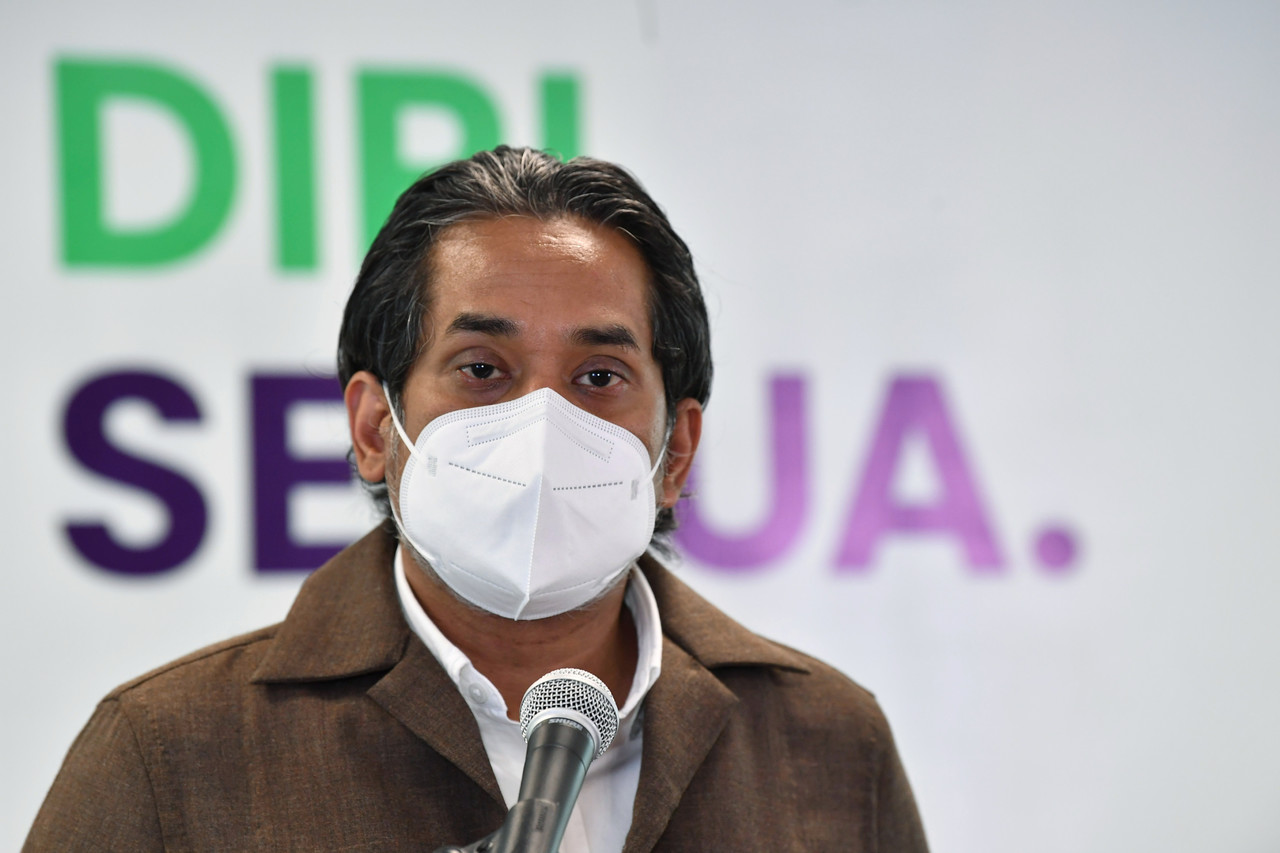 ALOR SETAR (Kedah, Malaysia) Sept 20 (NNN-Bernama) — The administering of the third or booster dose of COVID-19 vaccine to groups who are vulnerable to COVID-19 infection is expected to start in October, said Health Minister Khairy Jamaluddin.

He said the groups included senior citizens with comorbidity such as chronic health problems, frontliners, individuals with low immunity, as well as those living and working at long-term care centres.

“We will open to these groups first based on death toll, category five patient data in ICU, and most of them comprise senior citizens with heart problems, diabetes, hypertension and so on.

“The dispensing of the third or booster dose does not mean the two earlier doses were ineffective, on the other hand, it is to raise the immune system,” he said in a media conference in conjunction with his working visit to Kedah at Wisma Darul Aman here Sunday.

He said many countries have started administering COVID-19 booster dose including the United States, United Kingdom and Singapore to further enhance the immune system of the individuals against the outbreak.

Khairy however said the Health Ministry (MOH) has not decided on whether to also give the booster shot to all individuals in the country.

“The matter is still being discussed. MOH is now carrying out discussions with expert groups in deciding the age of individuals who would be receiving the dose,” he said.

He said the ministry has also directed all vaccine manufacturers to send further information to the National Pharmaceutical Regulatory Agency (NPRA) to determine the type of vaccine which can be given as booster dose.

“For the time being, we are obtaining information from vaccine manufacturers registered under NPRA, as only NPRA had given approval to Pfizer, AZ (AstraZeneca), Sinovac to dispense two doses only,” he said.

Earlier, Prime Minister Ismail Sabri Yaakob announced that the government had agreed to administer the third COVID-19 vaccine dose in the effort to raise the protection of vulnerable groups from the pandemic.

He said priority of dispensing the third dose would focus on high-risk groups first such as health frontliners, and patients with low immune resistance (immunocompromised).

Apart from that, the prime minister also said priority is also given to senior citizens with comorbidity as well as individuals who live or work at long-term care centres and all would carried out when the adult population immunisation coverage for the whole country exceeded 80 per cent.

MITI: Malaysia Looking Forward To Welcoming China In CPTPP As Early As Next Year