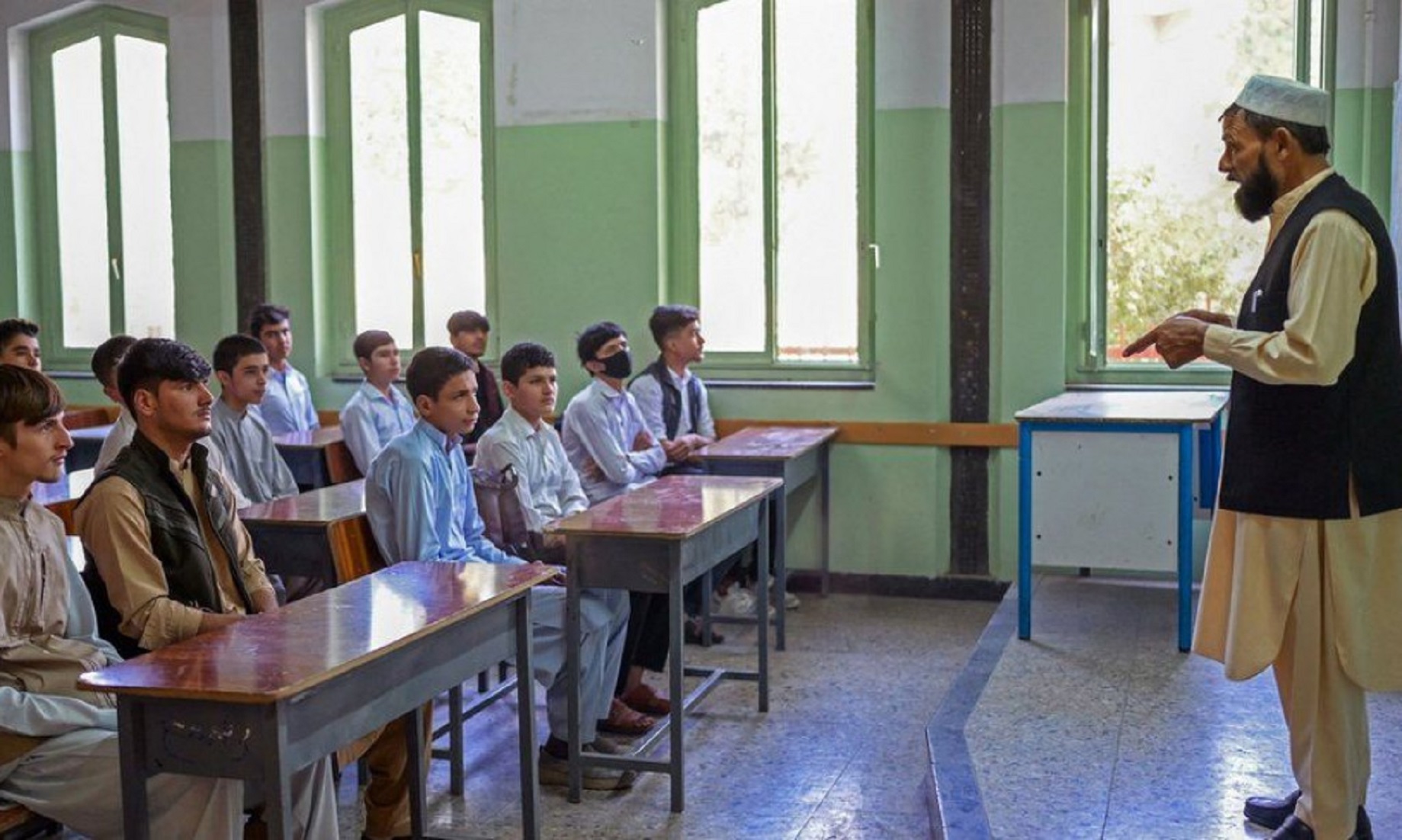 KABUL, Sept 20 (NNN-ANA) – Yesterday was the second day of reopening of secondary and high schools in Afghanistan.

Secondary schools, high schools and madrasas or religious schools reopened on Saturday, more than a month after the Taliban takeover of the country, Ministry of Education said.

“Boy students and male teachers of all private and government-run secondary, high schools, and madrasas or religious schools are asked to return to schools in all 34 provinces of Afghanistan on Saturday,” the ministry said in a statement.

The ministry didn’t say when the girls’ schools would reopen.

Primary schools for boys and girls have already reopened. However, the government-run universities have remained closed.

The education ministry said, in another statement yesterday that, all male personnel of the ministry should resume their duties and attend their offices from today.

The continued closure of secondary and high schools for girls has caused concerns among Afghan females, who have termed the decision as a violation of women’s rights.

“I want to become a doctor in the future but depriving me of education will bury my dream,” a girl student, Nadia, said.

A ninth grader in a local school, Nadia said, “Going to school and getting education is my natural right.”

Taliban leaders have repeatedly said that Afghan women and girls have the right to study and work, but only within the framework of Sharia or Islamic law.

Afghan women demanded the country ensure their rights, including study and work.

Taliban spokesperson, Zabihullah Mujahid, said that, girls’ schools will reopen and the newly formed caretaker government has been working on the procedure on how to separate the classrooms and teachers for girls.– NNN-ANA

The Most Wanted Militant Group Leader Killed In Indonesia