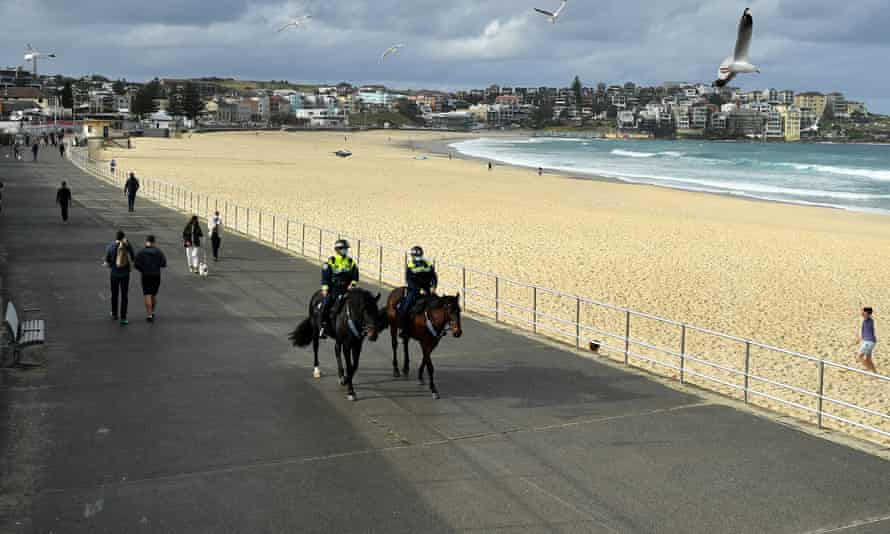 SYDNEY, Sept 18 (NNN-XINHUA) — As Sydney, the capital city of the Australian state of New South Wales (NSW), entered the 12th week of its COVID-19 lockdown, there are a few small indications that life is gradually returning to normal for its weary citizens.

Speaking at a press conference, NSW Premier Gladys Berejiklian outlined some new initiatives in the battle against the virus.

Among the new measures was a home quarantine trial to enable 175 fully vaccinated returned travellers to be quarantined at home rather than staying in a hotel. The trial is expected to begin in the next few weeks as NSW moves towards opening its borders for international travel.

Berejiklian said the border opening would be considered once 80 percent of eligible people in NSW are fully vaccinated.

“That’s Aussies returning home through Sydney airport but also our citizens having the opportunity to go overseas when previously they weren’t able to,” she said.

The decision came as the state recorded 1,284 new locally acquired cases and 12 more deaths on Friday, which have generally been lower than the numbers earlier this month.

The vaccination rollout is also progressing strongly with over 80 percent of people aged above 16 having had the first of their two doses. About 50 percent of the adult population are now fully vaccinated.

In the meantime, the government has begun to slightly ease off on some of its more onerous clampdowns. The authorities have announced the lift of the night curfew on 12 local government areas in Sydney’s west and southwest that suffered the most intense outbreaks.

Meanwhile, Victoria, the other state battling a deadly outbreak, recorded another 510 new local cases and one related death on Friday.

Victoria is now at its 70 percent first-dose vaccination target. In response, Victoria’s Premier Daniel Andrews has announced that several regional areas and Melbourne, the state capital, will have some lockdown restrictions eased from Saturday.

It will mean up to five adults plus children from two households will be able to gather outdoors, provided all the adults are fully vaccinated. — NNN-XINHUA