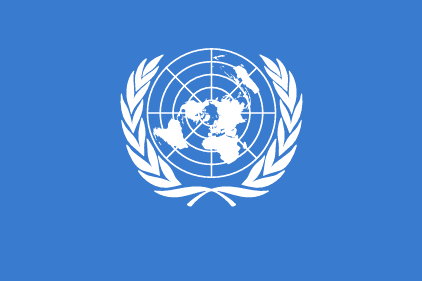 The first-ever joint assessment by the UN’s health and labour agencies of the global disease and injury burden linked to jobs stretches from 2000 to 2016, and does not include the dramatic shifts in working conditions brought on by the Covid-19 crisis.

Some 1.9 million deaths worldwide were officially linked to work-related causes in 2016, up slightly from 1.7 million at the turn of the century, according to the report, which cautioned these were surely underestimates.

Exposure to long working hours, defined as working 55 hours a week or more, was the key risk factor, and deemed responsible for some 750,000 deaths in 2016, the report said.

In all, the study examines 19 occupational risk factors, including exposure to carcinogens like asbestos, ergonomic factors like prolonged sitting and manual handling of loads.

After long working hours, workplace exposure to gases, fumes and other air pollution was seen as the top risk, responsible for some 450,000 deaths in 2016.

“It’s shocking to see so many people literally being killed by their jobs,” World Health Organization (WHO) chief Tedros Adhanom Ghebreyesus said in a statement.

“Our report is a wake-up call to countries and businesses to improve and protect the health and safety of workers,” he said.

The report found that diseases accounted for a full 82 percent of work-related deaths in 2016, with the greatest cause of death being chronic obstructive pulmonary disease, which killed 415,000 people that year.

Occupational injuries were responsible for 18 percent of all work-related deaths, and were estimated to have killed 360,000 people in 2016.

“These estimates provide important information on the work-related burden of disease, and this information can help to shape policies and practices to create healthier and safer workplaces,” International Labour Organization chief Guy Ryder said in the statement.

On a positive note, the global death rate from work-related causes shrank by 14 percent over the 16-year-period covered in the report, although a growing global population meant the number of deaths remained about the same.

The decrease from 39.9 to 34.3 deaths per 100,000 working age people was possibly a reflection of improvements in workplace safety measures, the report said.

But while there was a sharp drop in the number of deaths caused by occupational injuries, deaths linked to long working hours surged over the same period.

The death rate from heart disease associated with exposure to long working hours ballooned by 41 percent, while stroke deaths brought on by excessive work rose 19 percent, the report showed.

While the report did not look at the pandemic impact, the WHO has previously warned the crisis appeared to be feeding the trend towards increased working hours.

“The Covid-19 pandemic has significantly changed the way many people work,” Tedros said in May, pointing out among other things that the sharp increase in teleworking was “often blurring the boundaries between home and
work.” — NNN-AGENCIES