PARIS, Sept 13 (NNN-AGENCIES) — One person was killed after a civil security helicopter crashed on Sunday afternoon near the town of Villard-de-Lans in Isere, southeast France, said Interior Minister Gerald Darmanin.

“I extend my condolences to the family and colleagues of the civil protection mechanic who died in a helicopter with 5 people on board,” said the minister on Twitter.

The reason for the crash is still unknown, and rescue operations are underway, according to the report.

The Grenoble prosecutor’s office has opened an investigation.

The Civil Security helicopter had been called to Villard-de-Lans to rescue a mountain biker in difficulty. Onboard there was a crew of five people, a pilot, a mechanic and 3 rescuers, said the prefecture of Isère in a press release.

The accident left one dead, the mechanic, announced the Minister of the Interior.

The other members of the crew – the pilot, a doctor from the SAMU and two gendarmes – were taken care of by the medical teams and evacuated to the Grenoble University Hospital. One of them had serious injuries, the others being more lightly injured. — NNN-AGENCIES 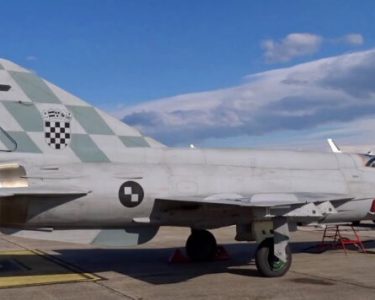